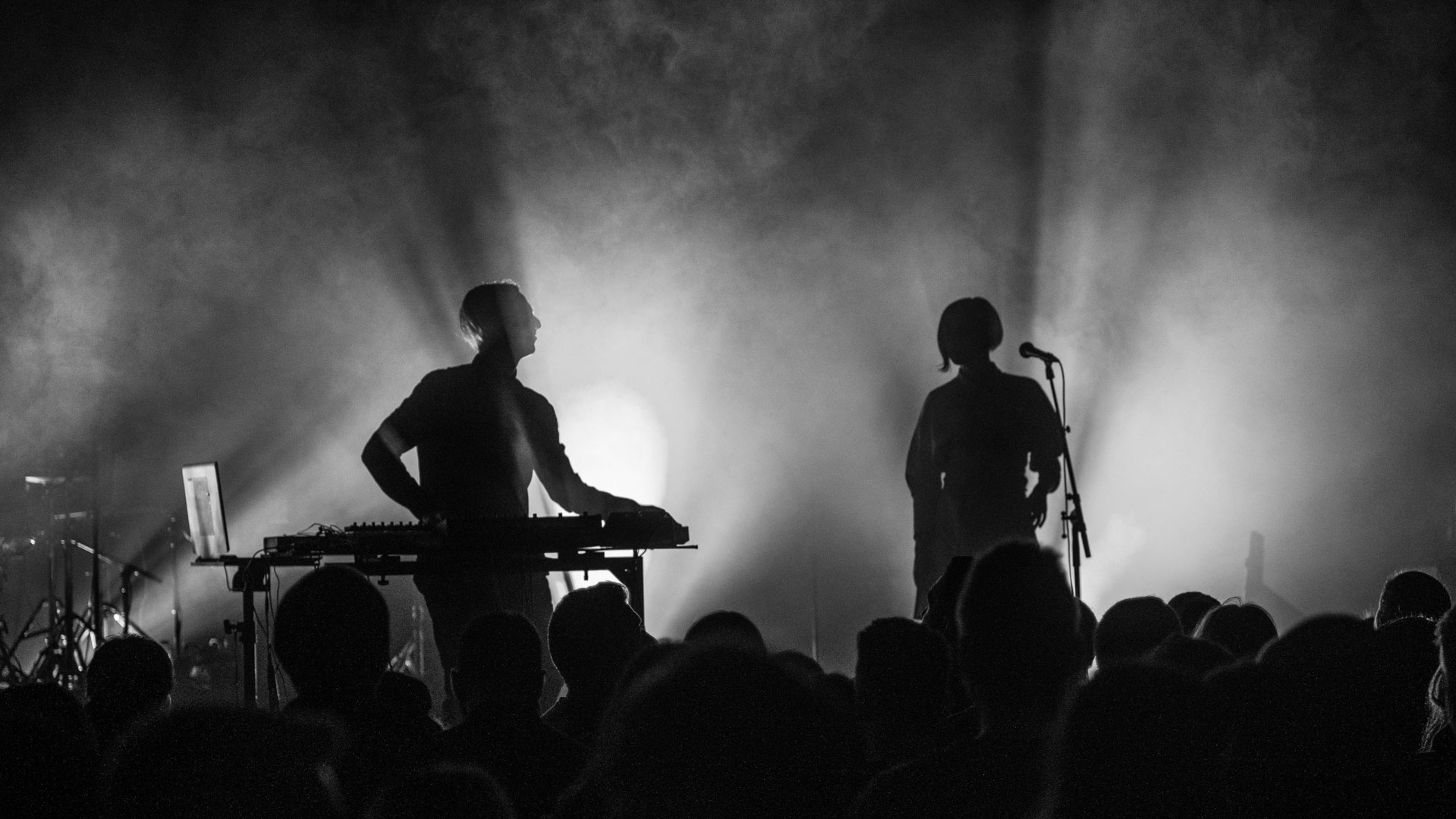 On December 14th, Marva Von Theo opened for the Belgian band Hooverphonic at Fuzz Club in Athens! Here’s some of their most precious moments…

“From the very first moment, Marva’s crystalline and captivating voice and Theo’s elaborate and inventive musical compositions capture the interest of the audience as their musical artistry unfolds in front of them.”

“MVT’s neo-psychedelic approach to music has led the audience to explore an alternative reality, dreaming up fantastic combinations of colors and senses. With the intense desire to live another dream within the dream as their weapon, and of course their homonymous album “Dream within a Dream”, they carried out the most jazz / fusion and dreampop quest for subconscious paths. The audience responded positively by applauding them for being a worthy opening act.”

“The vocal performance was flawless, the blue tones and the light games were beautiful, while the digital details fitted the scenery perfectly ”

“Marva Von Theo were perfectly fit for the opening at Fuzz. The duo’s sound was low and not so clear, not letting their beautiful compositions and the singer’s vocals to stand out. Their new song “Embrace This Madness”, which was released a few days ago, was their best moment to close their show and shows us that MVT have the potential for something far greater .”